“The troops were all dead.  It was a killing field, or maybe the detonation of a small nuclear device, befitting the size of a bee, smuggled in on the back of some non-descript illegal; maybe a yellow jacket, or a hive beetle perhaps? The top bars were covered with dead and not a single one stirred when their home was taken away by wheelbarrow.”

GREAT story!!!  Well told and the symbolism is right on. Nothing much more for me to add save this: ”  “… the troops were all dead…”

Even worse, we critique the “Laying Worker” hive in which desperate females take over the role of the dead queen and attempt to keep the ‘castle’ going. Unfortunately they can only lay small drones, knights that have no hope of ever successfully combating larger drones but it is an attempt to keep the genetics alive. All doomed as time slowly wears the nurse bees down and they cannot even keep up with the daily chores. The flights for sustenance become less and less and … 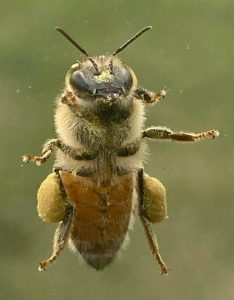 The question about dead beehives and I lost my own due to illness when I should have been doing things to protect them. Dead hives are ever becoming a regular thing here in the Pacific Northwest esp. with weather that fluctuates to extremes. There is disappointment about the monetary loss and the declining inclination to invest ever more money into buying new nucs. Mostly it is a sadness that anyone in agriculture feels when loosing their stock. Sadness and perhaps even guilt. For not having done your best.

Perhaps some of my other bee posts will give you momentum to carry on. The momentary loss of hives is transitory and the pleasure of communing with your friends once again is part of beekeeping. Yes, some things can be prevented, but that is life. One learns from mistakes and hopefully learns from them.

and with it all comes laughter: 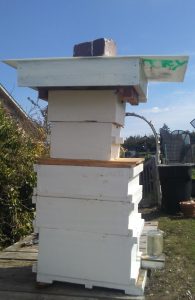