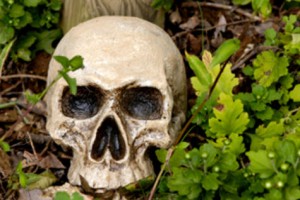 Coating your lawn with poison isn’t such a good idea. This is an article on my Garden Page.

My original caution was on Simazine, more would follow. (Added by the way in your smoke imported Mexican weed. You are most likely also ingesting simazine and other pesticides that drug enforcement agencies spray on these fields.) Does this stop the drug dealers from harvesting their ‘bud’? No way. Having a young friend die from a drug ‘accident’ makes me RANT indeed at what these dopers are pushing.

Anyhow, back to weed killers – all of these are U.S.D.A. approved, legitimate lethal killing machine’s! Chemical Ads pushing dandelion killers, with the homeowners applying the chemicals wearing shirtsleeves and shorts! FOR SHAME!

“One strong caution I would mention would be on simazine — In some States application of this product is no longer allowed. I agree, it is very toxic.

Surflan along with Trifluralin are good pre-emergents. Most of these have a coloration but those like Round-up do not. I always add some contractors dye to the sprayer. The vibrant blue shows me what I have sprayed (or missed) and is water degradable with the next rain. Simazine really doesn’t even belong in this category … it should be classified as a TOTAL long range soil sterilant, it is that powerful. It also should NEVER be used in sandy soils that can allow it to leach into the water table.

Casoron is another widely used product, used in agriculture and by the homeowner that can affect the human body from its fumes. At our local Costco they had a PALLET of it right next to the meat department. The fumes were overpowering. I complained and they moved it. Somewhere I need to get into dermal and oral toxicity of garden chemicals. IMO chart’s and warnings about half-life’s should be posted on all of these products.

Even then, there is product contamination’s (like in your own straw and manures example) that ‘safe’ statistics such as for glyphosates (Round-Up – safe as table salt) must be viewed. You NEVER know what else might be in these pesticides, herbicides or fungicides. DuPont’s contamination of Benlate (Benomyl) was an exclamation case in point. This was always a best selling broad spectrum fungicide at the Nursery I used to manage. It was considered Safe, as no one thought fungicides could be as harmful as pesticides or weedkillers. WRONG!

Your 2 4-D’s weed killers in lawn fertilizer or simply sold as liquid weed or brush killers have both acute and chronic toxicity ratings. Malathion the insecticide also has a chronic, though not an acute toxicity rating. However, over time it will build up in your fat and one day after repeating ‘safe’ usages you will have a acute reaction. With all of these products there is a secondary problem (this includes fertilizers) as most weed killers such as Round-Up will usually  have traces of “inert” ingredients which are not necessarily “harmless,” or have dioxins that contaminated the product during the manufacture.

Some 600 million pounds of 24-D are spread on American soils by farmers and homeowners. 60 million pounds of “active ingredients” and 540 million pounds of “inert” filers that can include carbon tetracholoride, choloroethane and many other ingredients that are not toxic but are damn deadly in other ways. Pesticide laws do not require the Dow, DuPont or Monsanto’s to disclose what those “inert” ingredients are. Worse yet federal laws actually provide $10,000 dollar penalties for govt. employees who reveal such make-ups. Am I scaring you yet!

Regarding lawn weeds. The best control is purchasing the best lawn seed possible, making the soil conditions right and keeping the lawn healthy and vigorous. A healthy lawn is a tough competitor for weeds. Your watering and mowing regime also affects the ability of weeds to flourish. Shallow and frequent watering encourage weeds, deep and more infrequent watering favors the grass. So does higher mowing!

2 4-d and it’s more lethal cousin are now banned 2 4 5-T (Hello Vietnam!) Both are contaminated with dioxins. These toxins are incredibly potent and have a wide effect on wildlife. Studies by Occupational Safety and Health revealed that the factory workers in such places had a 46% cancer increase.

Other studies “by scientists employed by herbicide manufacturing companies such as “BASF and Monsanto” showed no such effects.” Like get real! One of the problems being the govt. appointing the fox to guard the chicken pen.Those studies are now being questioned by some govt. officials.

Okay, so we know that we run down to Costco and lug home that dandelion killer, but did you know you were also sticking it in your mouth?

Farmers use 2 4 D  to cause fruits to ripen at the same time for easy machine harvesting. It is even used in some states to increase the red color in potatoes. Methyl bromide the fumigant is still being used to ripen fruits! – and is often used in the shipping of soft fruits. My own shocking experience was when our food Co-op burned some empty orange cases and trees downwind defoliated.

Our road departments, highways and railroads all use it to keep brush down, Farmer’s use it on their crops. Studies of farmers, and a few of railroad workers, have shown connections between 2-4-D exposure and cancer risks. Those states with the highest usages show increases in malignant lymphomas and non-Hodgkin lymphomas.

So do studies on animals. Our “Dandelion-free lawn” symbolizes one very sick country. Just as Fido rolls across your herbicide-treated lawn, so do our children and toddlers. Yet as far as I have found, no one has funded a study on children playing on such treated sites.

I once did a half-life study of 2,4-D and I believe it was in the 7-10 day range. It would be my suggestion that you keep all animals and children off such lawns for at least twice that time, unless your feel safe, with “half-life” toxicity levels, or cancer risks for your children.

Better yet, learn to live with the dandelion

Have a good day!