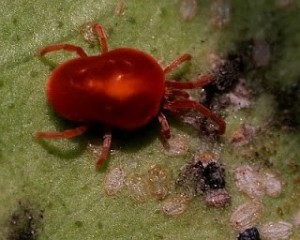 In the summer months, I’m Having Mitemares…

They’re back! Just what you don’t want to find on your bonsai or greenhouse plants.

Spider mites. Most species will attack deciduous trees and shrubs but the spruce spider might prefers conifers and is especially damaging to spruces. Its damage can continue throughout winter. Drought stressed plants are especially affected, be it forests, agricultual corn, alfalfa or nursery plants. Increasing humidity, by spraying or irrigating more often will help; more on that later. 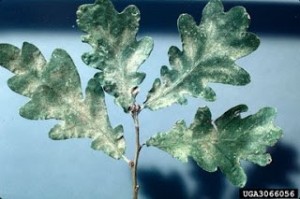 In CA, we used Cygon and Kelthane primarily; the former is not for sale for the home gardener. Malathion used with Safer Oil, or a soybean activated surfactant such as ‘Preference.’ , sticking agent (wetting compound) worked to a lesser degree. Some people used Basic H as that wetting agent. Here in WA. State I ended up using wettable Orthene, which is a rather toxic chemical and would have to be ordered on line, as it is not sold for retail use. Neem oil is a potential possible alternative, but my experiences with it have been less than positive on all soil born insects.

None of these insecticides will ever eliminate the pests for slowly but surely, the survivors build up a resistance to whatever you use. Therefore, a careful and well-documented rotation of chemicals should be used. Washing the plant down, even using a pressure hose on say Alberta spruce, will dislodge the adult and young, but will not dislodge the eggs. Safer oil or other oil-based formulas should be used. Those eggs will hatch in a month or less, so the treatment should be done again. This battle will continue throughout the summer months.

There are biological controls, which might be tested. There are predacious mites which feed on these and it is something to investigate. The gamble is this, during their usage or test one cannot use any chemical at all. They are even more sensitive than the mites you are trying to eliminate and will be wiped out very quickly. If they do not do the job, your plants may be seriously damaged by lack of chemical or other treatments. Source one.

Source two being Nature’s Control. I would further caution all who would buy such Predatory mites that even “safer” insecticids such as the Pyrethryn family should not be used. Although Pyrethryn like Nicotine sulfate breaks down quickly, most of them are encapsulated to make the product a slow time release. This causes it to be effective for two weeks and though weakened enough not to work on the pests, it remains strong enough to kill off the Hired help.

Systemics may also provide a solution, but technically speaking cannot be recommended unless so labeled. That said, I used a granular turf product and have used it sparingly on Orchids and Cactus to control root mealybugs. It is not so labeled, but I suspect that it might also be used to control weevil and other grub insects in Bonsai. If this is a potential problem for you, I would consider applying some of it beginning in July.

Arbico Organics is one source for predatory insects. I tried to put a link to their site, but it would not work. You will have to google them.

I also found this to be a informative article. Do read

Plant damage caused by the misapplication of pesticides or fertilizer.

In summer or fall, we often find ourselves handling damaged plants because of the misapplication of pesticides or fertilizer.

Some general guidelines are:

1. Never apply a pesticide or fertilizer to plants that are stressed or wilted. If still needed it must be done with care and under certain guidelines.
2. Never spray during the heat of the day, and avoid spraying during hot sunny periods. Spray pesticides or fertilizer in the morning hours. The earlier, the better. Pre-moistened foliage will also accept chemical applications with less damage. Systemic pesticides will also be taken up better as that is when the plant is moving nutrients. It is also the best time to wire and bend limbs. The opposite is true in the afternoon.
3. 3. If you can, say with bonsai –keep the plant shaded for a few days after spraying, and then spray again in a week or two, depending on the pest species. Mites are in the one-two week range. Rotate the sprays. Remember that affected foliage DOES NOT recover even after spraying. Prevention
and quick mitigation is always needed.
4. Your spraying regime should also involve “drying out” time. Applying a chemical to a plant during extended overcast, humid conditions may increase the possibility of injury. This is why all the spraying or fertilizing and watering in an Orchid greenhouse I managed was done in the morning and never towards the end of the day. the foliage should never stay wet overnight for all sorts of reasons.
5. Rotating organic and non-organic (both are chemicals — a fact ignored) applications is always advised. Sometimes “organics” can actually be more deadly than the so manufactured Chemical. Nicotine sulfate is a good example. Dermal and Oral toxicity to human tissue was about as lethal as one could imagine. Battling root mealy bugs, we would rotate Orthene, Malathion and Neem Oil. For other problems I also experimented with Garlic sprays and Basic H, and Cinnamon powder was used to dust damaged tissues.
6. Never mix two different chemicals, unless you have a pest applicators license. It may work, but you really don’t know what you are creating!

Some indicators of fertilizer or pesticide damage are curled, burned or misshapen leaves.
One experiment in “organic” pesticide is the following concoction.

In a blender grind up some Asiatic garlic’s, add a Tbs. of Cayenne Pepper blend up. Strain this in a used (and forever kept separate)* drip Melitta coffee filter. This quart of drained liquid should be further diluted until you have a gallon of spray. Basic H, or a tsp. of Palmolive or Dawn should be added. Mix well and spray.

* My former ex (I prefer dead-headed spouse) found it not funny when she used the same (and I had cleaned it out!) Mileta filter for her morning coffee. I had no idea that those ingredients would permanently impregnate the plastic.

Since that time I have refined that formula and methodology.

GARLIC — as an insecticide. Take 3 oz. of chopped garlic and let soak in 2 tsp. of mineral oil for 24 hr. Then slowly add a pint of water in which 1/4 oz of an oil based soap has been added. (Palmolive). Add one Tbls. of Cayanne Pepper. Stir well. Strain the liquid through fine gauze and store in a glass container. Keep refrigerated or it will really stink! Use in a dilution of one part to 20 parts of water to begin with, then one part to 100 of water after. Apply as a spray. I believe most of that began with that garlic site over a decade ago.
Rather than the Melita thing, use some cheese cloth or panty hose.

.
I will add a 2009 edit. For years I have suffered from an “Alder allergy” which affected me for over a month every Spring. After stopping my spraying of Copper I have had no such reactions. I was not suffering from allergies — I was suffering from chemical overdoses of what I was spraying for decades.

To put reference to a serious lung disease that my Aunt died of: I will add that “Anthracosis” (not a plant disease) is human based and caused by the the accumulation of carbon particles in the lung. The common culprit being the gulping down of carbon, be it from tobacco, diesel fumes or the burning of late summer plant debris. All is dirt to your lungs and to your body and it never gets rid of it. It stays in your lungs until you too return to carbon.
(C) Herbert Senft 2009