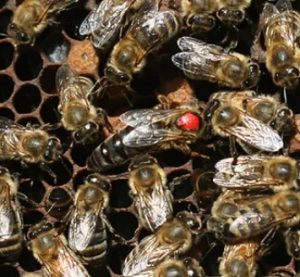 I typed in that internet question and came upon a discussion on BEESOURCE, a bee forum that gave some questionable and simplistic answers.

‘Grey Caucasians are from the highlands of Georgia and are adapted to cool and very unstable summers with unstable poor flows, and are not adapted to long winters.’ “They can take the cold: they can NOT take the long cold.”

Considering that WSU in Pullman (Eastern WA) raises these Caucasians I find that to be a questionable assessment. Great informative site in GEORGIA!!! 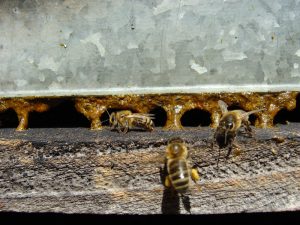 The Propolis angle really needs to be examined more cautiously and with Positive consideration to increased hygienic survival. So, rather than culling out any such colony “I cull any colony that propolizes excessively” I suggest that this may just be an allele genetic positive that you may wish to have.

It must also be pointed out that this bees’ origin point is in a heavily forested region, one that has mountain ridges like our Olympics. All creating many variations of the bee due to the local micro-geography/topography. That is where researchers and scientists from the USDA and WSU begin to work selecting strains suitable for WA State.

As Sequim is in a unique rain shadow, treble the rainfall exists just 30 miles away, up to 100 inches on the West Coast of the Peninsula. Elevation also makes a difference, both in temperature, rainfall much less heat degree days. In Georgia sub tropic palm trees can be seen with snow and alpine meadows not far above. So is it here in Sequim!.

Environmental conditions vary, and so would the success or failure of your choice of bees. More on this genotype can be found here.

Now for real hard facts. The Carniolan bee is native to Slovenia, the former Yugoslav republics, continuing east to Romania and Bulgaria. They are well known to be gentle and productive, so as with the Italian bee they are distributed all over the world.  Turkey also has Carniolan bees in one region, but they too import selected strains from Slovenia.

Caucasians are native to Georgia, Armenia and parts of Turkey. Both of these species are adapted to temperate climates and higher elevations.

Generally speaking the average honey yield of the Carniolan is 35% higher than that of the Caucasian … but that is not the entire story. Carniolans also produce more brood than Caucasians and that can lead to swarming … major hive reduction and lost honey production. As much as the Carniolan is the preferred bee choice for the PNW it does require more skill in managing the twitchy hive population. If anything the ITALIAN bee is the easiest to begin with, but not being cold hardy, will usually die in the first winter.

The Caucasian bee remains on site and may (depending upon good selective breeding programs) produce as much honey as the more flighty Carniolan. It is also suggested that because of that propolis buildup that they will prove to be more resistant to Varroa.

To sum it up: The Carniolan Bee:

The Carniolan subspecies has been favored for fast spring buildup which can capitalize on early honey flows. It does very well in the Pacific Northwest!

Their temperament is such that they can be worked with little smoke and can be handled without any protective clothing. Unlike Italians, they generally do not rob other hives which is another advantage not to be taken lightly, as robbing week hives may import disease and Varroa.

Good wax building ability goes hand in hand with honey production so if you want a fast and productive colony this is the way to go. IF, however you are not on top of swarming you may just find yourself giving away half your hive to your appreciative neighbors. Need I say, you can kiss away that anticipated honey crop! 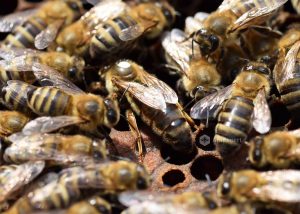 The Caucasian race was more popular but fell into a decline, but with new genetic selections and superior disease resistance I suspect it will come back into its own. At the very least incorporating some Caucasian DNA to your apiary will improve your Carniolan stock as well.

I am not sure if we have the agriculture for it anymore, but like some other pollinators the Caucasian has a very long tongue which would be an advantage in pollinating blueberries for one. Other crops might be more available to them as well.

As with the Carniolans they are docile bees and can be handled easily, but a more serious drawback than propolis buildup exists. The slower spring buildup may make them miss out on early spring honey flows IF that is what your region experiences.

Cons
Use an excessive amount of propolis in the hives.  WHY is this an issue? See below.
Build up slowly in the spring. This is somewhat mitigated in that the Caucasian bee gets most active in full summer and is well suited to our springtime environment. Caucasians work on cool, dampish days when Italians wouldn’t even venture forth. These bees go out and work when your bumblebees do. If blackberry or fire weed honey is your goal these are the girls to get it. Less so for the earlier Apple flow.

Another bee to consider would be an ITALIAN type.  The Minnesota Hygienic stock has been selected for hardiness as well as housecleaning ability. This selection may be another type you want to add to your Western Washington apiary. These Italians may be a good choice for a thicker walled horizontal hive. Give that a try. OR: VSH Italians from: wildflowermeadows.com

In summation many of the so-called negatives (propolis) actually are positives when it comes to a healthy colony. Their bee glue does make handling the hive more cumbersome but considering the price of propolis, one might just make hay out of harvesting this with a simple propolis trap on top of the hive body. Instructions.

IMO, Propolis buildup can be dealt with. If anything the marketing of ORGANIC local propolis may well be a profitable side venture for the Apiarist. Most propolis available today comes from China and organic it is not. Furthermore, they are gentle, easy to work strain, improves your Apiaries genetic diversity and can survive our winters. 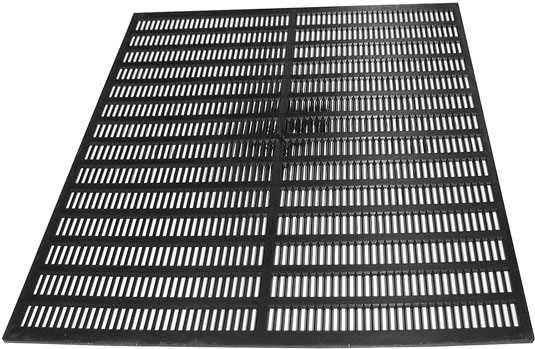 Caucasians allele are worth having as it increases the diversification of the local (often weak) apiary’s gene pool. The same could be said for hardier Italians types like the ‘Minnesota Hygienic’. ANY general confusion about  Caucasian suitability is dependent upon the altitude of the Caucasian semen being imported. That is where Sue Colby and WSU come into play. They then sell breeder queens to breeders like Old Sol Apiaries that sell to local Apiary suppliers like Tarboo Valley Wooden Ware.

Both suppliers would admit they would not be ideal for the Southwest or CA, but for the PNW they make sense. I further submit that they would be an easy beginner hive as long as the beekeeper understands the propolis issue. Much better doing a bit of extra cleanup, than dealing with swarming hives or throwing money away on unsuited Italians that will die off most Winters. 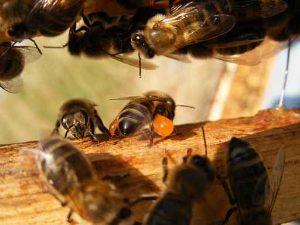 BRINGING IN THE PRO

Digression on the Propolis trap. Place the mat in the freezer overnight so it becomes hard and brittle. Like chilled taffy, the propolis shatters and crumbles off the trap. You then can sell it or proceed to make some neat and sellable products.

I continue to raise New World Carniolans purchased from Strachan bees.  Increasing the genetic diversity of our apiaries is an absolute must considering the new and evolving parasite issues we face.  Introducing Caucasians is my owm answer to the hundreds of Italian packages that are yearly brought into my area … and these come from artificially raised and impregnated suppliers.

A few sources of queens, nucs

Another good page to read about the different races of bees and their hybrids.