↓
Home Menu ↓
Skip to primary content
Skip to secondary content
Home→I have never thought about viruses, bacteria and fungii in compost.
I think of it as alive and beneficial. Have you had problems with such?
Absolutely. When people dump their virused peony, iris, dead maple prunings with verticillium wilt or anthrocnose fungi it stays in the soil and even with bleaching you cannot kill it off.
A lot of people even throw in their cat and dog poop litter in that truck load. One local nursery locally was closed down FOREVER for soil born contamination of something. 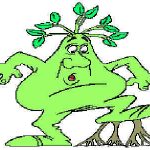 Monrovia Nursery accidentally contaminated the whole country with an oak tree killing fungus that found foothold in its CA production facility. It was not caught as that near desert area is not prone to such a problem. However with recycled water and daily irrigation it thrived. Other nurseries have exported other blights in their soil mixes.
Throw in accidental infections and one can catch Sporotrichoses.
This skin disease, usually is associated with roses, but lives in all sorts of natural mediums one should always be concerned about “composts” sphagnum moss or soil mixes. This is a very common skin affliction caught by workers in tree nurseries, garden centers and or even people handling hay bales. Wear gloves, especially if you have any open cuts or wounds on your hands or arms.
Many decades ago a major bagged soil company which shall go nameless produced a  great product, but some of the ingredients were later to be found to be harmful. Not only the vermiculite/perlite,  but it also included bat guano. This was later taken out and many safety precautions were issued like wear masks and gloves when handling.
I wonder today how many customers developed issues from that bat guano.
The common aspergillus fungi, (a common mold) loves decaying matter and other environments as well. Be it backyard composting or buying it in from others, controlling fungi is a difficult process. Buying from soil yards that accept and process diseased yard waste is asking for trouble because they rarely have the tools to adequately measure the temperature and using a back hoe to mix the material is not sufficient.
Our local Pt. Townsend waste treatment center does use the proper thermometers and mixes the stuff efficiently. But unless the ENTIRE mix has come to 130 to 140 you are asking for trouble. 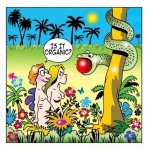 Best of all, this heating needs to be done in two FIVE day heating cycles …. and after that you CURE your compost for months before selling it or applying it to your soil. The profit issue makes that a joke. Heat it up, turn it over a couple of times and your done.
BTW – that does not even get into the other materials that is thrown in. Nails from partially decomposed pallets, roof shingle debris etc. I found all these in a mix I mistakenly received.  The other yard was closed, and his topsoil mix had none of this … so the person hired to deliver went to the other place. My mistake!!!
Nor is one protected from chemicals also added inadvertently or by oversight. Casaron from mulched beds, copper or zinc from roof treatments that fall to the ground or raked up leaves. Such chemicals are not that affected by composting.
Sadly, much that is sold as safe and organic often is not. Back in the 80’s the Eco-friendly ‘organic’ and wonderful fertilizer Milorganite (Milwaukee processed sludge) was found to have high levels of many metals such as nickle, arsenic, zinc and cadmium.
Today, it has been reformulated and is made and monitored better than it was back then. That said, with the EPA being castrated now, one needs to rely upon the manufacturer to remain complaint with old laws. Will it be enough? Sludge use as with yard waste should always be carefully examined. Waste water, heck even drinking water in America sometimes is not safe. Pharmaceuticals, pathogens, flame retardants, heavy metals all may be in that sludge. 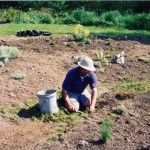 Applying such to a golf course lawn, tree farm may be great but I would caution about putting it into your organic garden plot. Common sense would look at the cautionary (applies equally to most fertilizers a well) “WARNING this product contains detectable quantities of chemicals known to cause cancer, birth defects, or other reproductive harm. This notice in no way implies that we have any evidence or experience to indicate that any genuine hazard of cancer, birth defects, or reproductive harm results from the normal, proper handling described on our label and related literature.”
I have digressed as I often do, but I return to my beginning caution. Buying yard waste compost is a gamblers game.
On a personal note. I am now closing in on 70 and after near fifty years in the Nursery/Garden Center business I am now more than certain that some of my latter health issues are related to the chemicals I was exposed to. Be it the gardens I applied fertilizer to, the Copper spraying of orchards, applying zinc powders to roofs and of course the application of round-up or 2-4-D weed killers to landscape maintenance.
It all adds up. Today I have Neuropathy and liver disease and must deal with those late life limitations.
I appreciate all those warning labels that the companies apply to their products, but when it comes to merchandising they advertise them as being benevolent. I cannot begin to tell you how many times I have observed people spraying weed killer on their lawns in shorts and tennis shoes. No gloves, no mask. I guarantee, it will catch up to you sooner or later.
(Visited 51 times, 1 visits today)