Hornet News – things to frighten you

Another answer to the Japanese Giant Hornet: EAT them.
Or use sticky sheets to kill them.  Really Frightening – The Massacre

Old Sol Apiaries Oregon
Strachan Bees  – California
“Help us stay connected”  Please watch the two following videos. Sadly, unless you are Vimeo membered you cannot comment.   🙁
https://vimeo.com/142914053
https://vimeo.com/55128342
“There are colonies in downtown Vancouver, BC that are part of a program called Hives for Humanity.  The colonies are basically all operated by homeless people, folks in recovery, and street people with mental challenges who need a reason to live.  It is an utterly amazing program.
Sarah and her mother are both master beekeepers who simply had an idea (Sarah’s idea) of putting ONE hive in a downtown community garden back in 2012.”
She went to work getting the idea “approved” by the city and it has brilliantly blossomed into a huge non-profit organization today that helps support folks who need help.  The City government loves it and supports them now.  The program now has over 200 colonies, they teach beekeeping, advocate for pollinators, sell hive products, neighborhood honey tastings, give workshops and so much more.
“Many of these homeless people say the bees have given them a reason to live.  The bees are very magical creatures.  There is nothing that brings people together like bees.  Ask anyone in downtown Vancouver if there have ever been any problems with the bees and the response is absolutely not.
I asked Sarah one time, what do you do if someone gets stung who is anaphylactic ?   She looked at me and very matter of factly said, “oh… we have a epi-pen at each apiary … but they’ve never been used.”  Over 200 beehives in a downtown urban setting, along sidewalks and storefronts, right out in the open … and, in almost 10 years, the epi-pens “have never been used”.
“I just love this program and have dreamed of trying such a thing myself, but we have too many lawyers with heads up their asses to make it happen in the U.S”  (contributed by a friend)
I have long been plotting out such a program, but am uncertain if this community or even the bee club would support it. Vendors of hardware, NUK suppliers and even some local stores of banks might assist such a startup. Finding low income families and or Vets with PTSD would be simple, and we would all benefit.
Yes, this is a program we could use here locally. Sadly, my last effort in beginning a “New Leaf” Nursery in Port Angeles in the 80s was met with such resentment and hate that I could not sell our product to any local nursery save two. Sunnyfarms was one of them. That rejection meant travelling to Bainbridge Island and Seattle where our plants (guaranteed sales) were welcomed. The parent non-profit agency Diversified Industries canned it after just three years. Not enough PROFIT, and sold off their half of the inventory at 20 cents on the dollar . The 13 employees found their way back to janitorial work, out of sight, out of mind.  I remain furious about this to this day. I also sold the major of Boston on the same idea – sadly other things happened.   😥
Canada remains a much different story when it comes to social programs than America.
BTW – If anyone has extra QUEEN BEES or even donations that they would like to donate for this purpose I would promise to set someone up with a hive. Hardware and bees I always have, but getting a nice Carnolian Queen would be great. MY ABOUT ME page has my address. 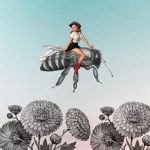