↓
Home Menu ↓
Skip to primary content
Skip to secondary content
Home→New Nucs, new investments and WORRIES
May was a new beginning for me and an expensive replacement year for hives. Explanations below.
I was struggling as ever to keep my hives free of treatment strips for Varroa and even the Oxalic ascid treatment option gets me to checking the purity of the oxalic crystals and or the glycerine. Opted not to, despite sage advice:. TREAT YOUR MITES or let your bees die.
I defaulted to the confectioner sugar dusting method … adding my own twist. RHUBARB.  Mind you there is no qualitative research about rhubarb effectiveness. Most of the oxalic acid concentration is in the leaves not in the fruit. This however is simply an add on to the old confectioner’s sugar method and the hives on hygienic grooming behavior.
Again, this treatment is very limited, only affecting live bees and possibly through the nurse bees some affect through transference to cells not yet capped and would would be needed to be repeated several times during the season and complimented by the removal and killing of drone cell frames.
an open screen bottom is also needed.

and so I was busy freezing my rhubarb stalks with sugary plans ahead …  the final trick to powdering it is to FREEZE it after dehydration and then chopping it up in a blender. Add to the confectioner sugar and do the normal sugar treatment. I DO realize that this will do nothing for drones or worker bees in the sealed brood but it is a start.

Using the screened bottom boards and also drone frame removal will be the organic alternative I pick. But that was to be, a minor problem for this coming year. Reflection here before what happened next. 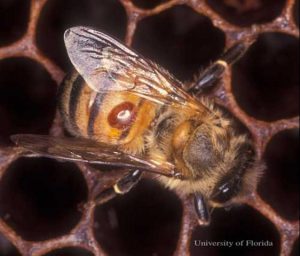 1.  Last year a hive I had in Carlsborg was killed off by a friend hanging a yellow jacket trap directly over the hive entrance. By the time I found out (weeks later) there was not much left of the hive. NEVER put a yellow jacket trap near a bee hive as it will attract more to attack the hive.

2. Worse yet my second best hive I had at home was killed off by my neighbors spraying herbicides!  Last year was not a good year. Four hundred dollars of honey, bees and frames had to be destroyed.  2019 was now needing a reboot to a new start!!!
AND TODAY! 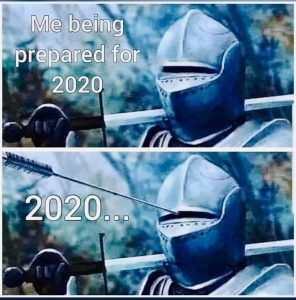 I step out of my house and smell the same noxious  smell of the herbicide being used again and I am over 300 feet from the spraying. My hives are much closer.  Will I find any labeling law to make her stop? Read on. The answer basically is NO!
It was a 2-4D type lawn weed killer and the toxicology information on honeybees is not really there. My own experience as expressed earlier is that it can be devastating to a hive. Much depends upon how much enters the hive and when.
Remember, that some of these products were even used on red potatoes before harvest, as the side affect was the potatoes turned a deeper red and more sell-able.  Same for using Roundup on wheat. An easier and more cost effective harvest for the farmer if the wheat was dead and brittle.
Triclopyr, often used – is much like the enhanced Agent Orange during the Vietnam War – just saying!) Issues still remain decades later.
The material used next door  SMELLED like Crossbow – which uses triclopyr with 2,4-D and is often used on farmlands. There is limited information regarding Bees.
All I know is that when a client asked me to spray it for Blackberry control I swore never to use it again. That was with a full mask, gloves etc.
The hired help my neighbor uses on a weekly basis barely use a bandanna around their face and would be going around in short sleeves if it was hotter.

2,4,5-T a popular and toxic weed killer WAS finally phased out in the U.S. in the 1970s amid toxicity concerns, but many of these replacements are equally harmful. We simply no longer have an EPA that cares or is not bought off by the chemical industry and their lobbyists, if indeed their former CEO’s are not on the cabinet level in the recent administrations.

Neither does Toxipedia have much to say about bees and weed killers. Some like Picloram don’t even get a listing – depends what weed killer you are using as to what information is around). States also have different laws and regulations. 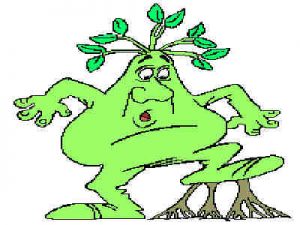 One ‘relatively’ green person I knew would buy in a POND herbicide totally forbidden in WA and even their website said not to be shipped to WA (and list of others). She had no problem in buying a couple of gallons and having it shipped.
Most often labels with a warning soft pedal the issue  …. it is ‘slightly toxic to bees’.

Best I could come up with is that: “Population-level effects on honeybees may occur even if a pesticide has low acute toxicity. For example, certain pesticides interfere with honeybee reproduction, ability to navigate, or temperature regulation, any of which can have an effect on long-term survival of honeybee colonies. The neonicotinoids, pyrethroids and keto-enol pesticides are some types of pesticides causing one or more of these effects”.

All said, would you BUY the honey from a hive that harvests from sprayed dandelion or clover?  So all is up the xxxx creek when it comes to labels on herbicides.  Mostly, the literature says it doesn’t look dire. Not great either.

At the damn least one would think people would spray when there is no drift to a neighbors property much less spray on a windy day. Three of my Hazelnut trees died after spray came across the road last year and the five gallon bucket of dead bees the next morning suggests that there might be a causal relationship.

Even more appalling is that the half-life time of some of these herbicides/pesticides (think of your young dogs, pets or toddlers on a lawn) is close to 40 days.  Personally, I would not walk barefoot on such a lawn or landscape barefoot for TWICE the half-life time … so some 80 days.

So it takes quite a while. (the half life is the time it takes for half the product to be gone, in the soil in this case). Which also leads to the population decline of soil organisms, worms and other beneficial microorganisms. 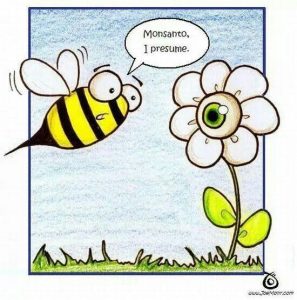 ROUNDUP is a classic example:  Popular and paraded as safe, it is used by farmers, forestry and homeowners alike, in fields, lawns and gardens. Many studies claim that Roundup is safe and environmentally friendly.

However, other European studies link Roundup to health issues like cancer.  At the very least there are hundreds of different types of microorganisms in your gut, most of which are bacteria. I believe it certainly can affect your own microflora and do a number on your friendly gut bacteria. I have observed many users come down with diarrhea or short flu like conditions after using it. I do not think that is the worst it does to you.

Returning to the Varroa mite or the Giant Asian Hornet I am far more terrified by my two legged neighbors. As a fellow beekeeper replied ” Basically, this class of herbicide effects honey bees by poisoning the nectar and reduces the the bees’ ability to fly.  Even when used at concentrations that cause no visible plant injury, they inhibit nectar secretion, so less nectar is available to bees.  Beyond the damage to bees by direct poisoning, destructing the bees food sources is bad enough.”
As you say, it’s the “non-lethal” side effects
At the very LEAST they are classed as Group B herbicides and should not be applied during daylight hours. 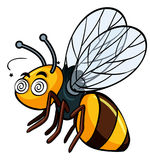 Further, as it is with the labeling of all ingredients it is often the .5 OTHER that you need to worry about. Near all these herbicides can carry traces of Dioxin. TCDD
Of course the present EPA says that none occurs anymore. HA! Their labeling also shows a softening of language. This stuff is safe. So is roundup.
EPA:  “2,4-D generally has moderate toxicity to birds and mammals, is slightly toxic to fish and aquatic invertebrates, and is practically nontoxic to honeybees.”

The French seem to disagree as do many European countries. I trust them a lot more than our own EPA. 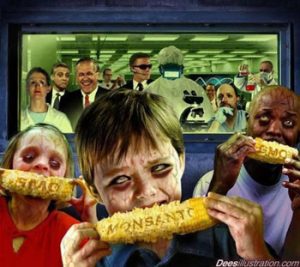 Be it India, Bhopal or other nations, our media and agencies suggest all is well and safe. But, ‘Collateral Damage’ isn’t always going to happen thousands of miles away. This crap and more is made locally, in Louisiana and in many of our states. Disposal of waste products is also questionable done … unless it is exported out.

Much easier to simply find a hidden swamp or  holler and dump it there, as we found out locally with a logging company dump still not cleaned up decades later.

Any time you find a pile of dead bees on the OUTSIDE of the hive indicates an event other than CCD or a mite problem. Those bees normally will be found on the inside of the bottom board or have been carried away. A pile outside the hive usually is a case of poisoning, and looking at their tongues sticking out usually is a dead giveaway. Sorry about that. 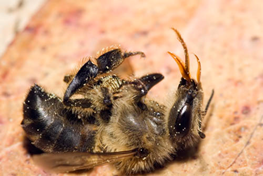 A poisoned hive usually will show a massive dump of bees all at once and the dead bees will have their tongues extended.

It often is timed or systemic poisons that do bees in. These may be in the all purpose ROSE control products or time release lawn killers for lawn grubs. Most beekeepers will never be able to determine the source as bees will forage for miles. One may actually find one hive succumbing while others are fine. Simply the luck of the draw. The hives scouts did the hive in and they were feeding on a poison source much greater than the others.

So please do not ask me why bees are declining. It is because of your use of crap poisons such as Momentum … another nicely hyped product. “It is a systemic herbicide that kills many species of garden plants and flowers but does not harm grass.”

I just pray that someday this Western obsession for the vampire lawn dies!!!