POISONOUS PLANTS – and a personal note of what happens when you ignore it.

Both Dermal and Oral toxicity levels should be considered if potential for injury to the purchaser exists. I suggest a special rating should exist for those plants that have bright berries or seed pods that look edible. The laburnum, castor bean and skimmia come quickly to mind. In the case of the laburnum, by simply growing the less fruitful cultivar x waterei˜Vossiâ near eliminates the risk. It rarely sets seeds.
Some of the risks are simply mitigated by properly deadheading spent flowers before they create seed. Lupinus as an example. For dermal toxicity wearing gloves will protect your hands something this gardener rarely does.

Allergic skin reactions.
What is news to some people is that dermal reactions may sometimes take 24- 48 hours to appear. It is easy to remember and to avoid the nettle or poison ivy/sumac that appears suddenly, it is less easy to deal with allergic reactions that occur days later.
Some reactions also occur only if one comes into contact with the plant in sunlight or are chemicals that make the skin very sensitive to sunlight. Hot humid conditions like in a Greenhouse or being sweaty acerbate the dermal affect.
Handle these plants with care!

I have further noticed that some of these effects may be cumulative. My own allergic reactions have been in great part due to excess stupidity. After deadheading spent flowers in the spring and exposing myself to these plant irritants and winter molds that have accumulated on the stems, I then burnt them in piles. (Very bad move.)

Every spring I came down with lung specific allergy attacks. Burning cedar and cypress seem equally bad for this gardener.
Use caution when dealing with any plant you are allergic to!
I make note that this is a listing of some plants that have proven to be a problem to humans. Dogs and cats may have other issues, so please ask your Veterinarian about plant concerns for animals.

Indoor House Plants
Plants that may cause severe toxicity

Plants that may cause moderate toxicity 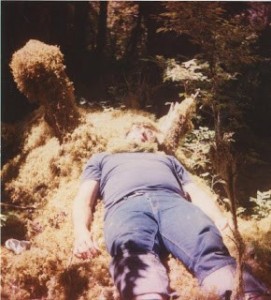 I just suffered a major reaction to two common plants that I handled without gloves. Many dollars later and blood tests I still remain like a bloated knockwurst with tingling and balance issues as my ear was affected as well. I wrote my customer the following as she feared it was a reaction to my spraying two weeks earlier.

No, actually it was my hand contact on the ivy (sap) – previously I always used leather gloves when doing this before. Then I added insult to injury by getting wet and into the nettles. My right side is pretty well numb and tingly yet and swollen up. Other issues brought up an old ascites issue and that is what I am worried about.

Ivy leaves are also poisonous to livestock and dogs. I should have known better. Lots of blood work done and will have some ultra sounds next.
Dermal sensitivity is also affected by heat and sunlight. DUH!
Worst reaction was just getting back to the car, I was so wobbly – I could barely could home for what seemed like no blood pressure and lack of balance/co-ordination. Was very weird.

Near accident driving the next day. The hit the gas pedal instead of the brake thing. First time ever, thankfully there was an empty sidewalk I could drive onto. Was very lucky.

At this point, I just need to hope the steroids kick in and get some balance back. So far the blood work is good.

** Same thing in CA. At the main Hospital entrance was a mass planting of Pride of Madiera and bee magnet like no other. Anyone walking by that planting was taking their life in their hands before they even got into the emergency door. 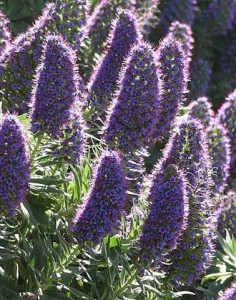 Explained to a friend about dermal toxicity. Much is affected by sun, heat and humidity. Same for pesticide absorption in a hot and humid greenhouse.
Cannot begin to tell the horror stories of wholesale greenhouse operations in CA that I could only enter, gather and leave with X- MAS houseplants. TWO hours exposure and I would get a migraine headache all the way back to Santa Cruz and that was only from casual contact and from breathing the air. **

The damn Mexicans worked in there 8 to ten hours and basically were being killed by their employment. Many a case happened in Watsonville where a young child seeing Daddy come home would hug him and just from touching his clothes could absorb enough Parathion to die. Two cases I know of for sure.
Worse stuff is out there like TEMIC – Aldicarb. One Wholesale Nursery owner once boasted ?? his non- concern about it by putting some in the palm of his hand. NOPE – he didn’t keel over, but if he had been sweating he would have been dead.

Available by mail order and is often used by burglars to kill watch dogs. Feed stores sell it to to kill coyotes and other animals. ‘varmints. On U tube you can even watch a video “How to poison one.’ What a damn screwed up world.

** Mind you stocking the chemical warehouse for ten years did not do my Liver much good. Nor the years later using pesticides and herbicides in garden maintenance.