The caste system of Bees. Most people have the common lineup of Queen, Worker, and Drone – but misunderstand the full roster of needed roles.

This comment was addressed to the Utube picture of some workers ‘balling’ a queen to death – basically killing the idea that a hive is ruled by a Monarchy.
https://www.youtube.com/watch?v=DobxqhczJyQ

QUEEN BEE – See my other post.  It is wrongly assumed that the queen bee manages the hive like a monarch. While she has influences the worker bees she is utterly dependent upon them for food, grooming and carrying away her waste. Neither is it a socialist society; IMO in many respects, the hive is closer to a collective with elements of a democratic system. (Popular vote mind you!)

The queen does not call the shots in the colony – at best she is a queen as long as she performs to the will of the collective of worker bees. Worker bees are the puppet master. It is they who have the ability to raise a new queen – or kill an existing one – whenever they wish. It is they who determine the length of her reign. Loose her pheromones, or become an egg laying slackard, they raise a replacement and give her the walking papers. There is no appeal to this process. As decadent and dependent she has become, the workers will stop feeding her, starving and even poking her into exercise activity to lighten her up for her forthcoming flight

NURSE BEES (who care for the brood) Not sure if there is a superdelegate type of
nurse bee who decides who gets the royal jelly and how much.
THE ROYAL CAREGIVERS as she must be fed, and they even take out her poop.
HOUSEKEEPERS (keep the place clean )
COOKS (the bees that take the nectar and pollen from the field force and
processes and stores them in the wax cells) The cooks also have kitchen helpers
(young apprentices) who mix the nectar with water and enzymes and then they are stuck fanning the mixture to evaporate the water until it turns into honey 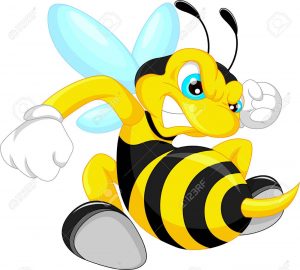 GUARDS and EXECUTIONERS (protectors against marauders and robber-bees. Will evict the Drones every Fall.) You might even call them ICE or the immigration police. NO foreigners are tolerated unless the hive is queenless and one places a queened hive on top with a copy of the Washington Post between to chew on.

Then there is the FIELD FORCE- the braceros bringing in the pollen water, and pollen.

SCOUTS: must be some elevated ranking of the ‘worker bee’ as they determine which place to swarm to and or which hives to rob. The primary role of a scout entails discovering access to food. They also are the unit that is tasked with finding a comfortable and spacious hollow tree to call home. To do this they will travel over a mile to find either. Meanwhile, the hive awaits the results. 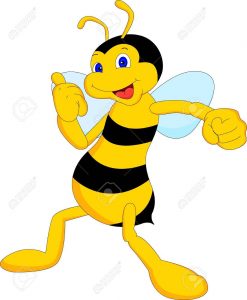 Essentially it boils down to a ‘waggle’ dance. Each of the scout bees returns to the group and pitches their location found. If two nests are equally appealing, then the bees risk a deadly tiebreaker. The swarm has only one queen bee, so they must choose. The site’s location is indicated on the vigor of the dance and a shortlist of its findings. Honeybees (up to 50,000 of them) in essence select a new hive location via a quorum vote and have worked through differences of opinions to do what is best for the colony.

“The bees’ rules for decision-making—seek a diversity of options, encourage a free competition among ideas, and use an effective mechanism to narrow choices and some of these researchers now use their method in their own university departments. Rarely are humans as disciplined or egoless as honey bees.

I suspect that they are like Spanish Dons, full of their own importance but too
dull to see the chance or consequence of them getting lucky. Or as in many folk
tales, willing to make that blood sacrifice for the good of the kingdom. Either
way, they do not work, but are fed as they demand it. Are groomed when they
demand it – basically, they think themselves as lords of the hive.

One difference is that they really are neutered as warriors in that they have
no stinger and cannot even defend themselves against their smaller minions.
Again, no comparison to be found. Even the Eunuchs of the Chinese emperors had
their intrigues, poison daggers and ways to kill other rivals. Drones are a very
delusional creatures – perhaps explained because they only have half the DNA of
the females.

Parthenogenesis seems to have its drawbacks. Talk about ‘complexes’ the drone
only has a mother, but no father yet is no bastard. He also has a grandfather
that got killed in mating his mother. My oh my, no wonder the kid is so messed
up.

I encourage everyone to read up on these marvelous creatures. You might add some great reading by someone I learned from. Harry and Ormand Aebi of Santa Cruz. “The art and adventure of beekeeping”.

It is a damn hard society to figure out. It certainly is not a very tolerant one for slackers.

Used to be a time that many Evangelicals posted the honey bee society to be one to emulate and that it mirrored the teachings of the Gospel. The proper placement for everyone.

I much prefer the Bahai faith or the more inclusive belief expressed as such: We can learn a lot from the honey bee, who happily gathers its nourishment from a large variety of flowers and doesn’t destroy, harm, or ridicule any flowers. It shows no prejudice toward one flower over another. In other words, the honey bee accepts the essence of each flower regardless of color, shape, type, or name.

Wish that were true of a humankind that concentrates on trivial racial, social rankings, sexual differences, much less religious differences rather than their commonality. We all live on the same planet and share the same resources and hopefully, someday we will do so less greedily.